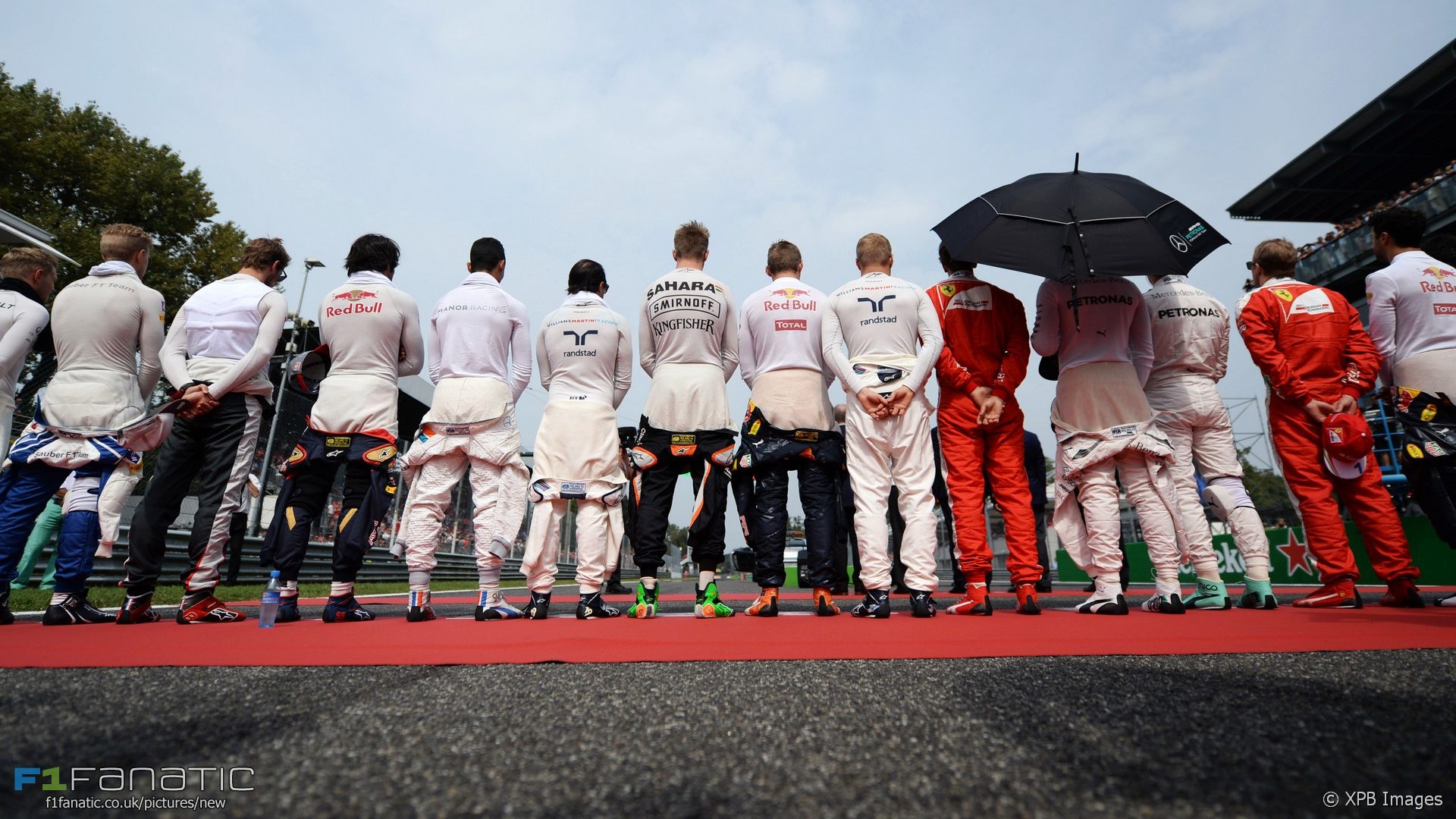 James wrote in last week with this question about the 2017 F1 season:

What changes, if any, do you see in the driver line-up for each team in 2017?
James Melinson

Four teams have already announced their line-ups for next year. There will be no change at Mercedes, Red Bull and Ferrari. McLaren will welcome Stoffel Vandoorne in place of Jenson Button for next season at least.

Force India appear set to retain Sergio Perez alongside Nico Hulkenberg, as team co-owner Vijay Mallya stated they would in June. Perez was supposed to confirm his plans prior to the Singapore race and now intends to in the run-up to next week’s Malaysian Grand Prix.

But what about the other six teams whose plans are not yet clear?

With Felipe Massa retiring it makes sense for Williams to retain Valtteri Bottas and bring in a new face. European F3 championship leader Lance Stroll is considered the favourite.

Stroll is in his third season of racing and brings huge backing from his father, Canadian fashion magnate Lawrence Stroll. He therefore makes a lot of sense to Williams, an independent outfit which does not enjoy the financial bounces offered to top teams. Particularly as they are set to lose the lucrative fourth place in the constructors’ championship to Force India.

However Stroll doesn’t turn 18 until next month and the team may be wary of promoting a youngster to pilot next year’s much more physically demanding cars. That could open the door for a more experienced if less well-off driver who the team already knows: former tester Felipe Nasr.

But Stroll has begun testing a 2014-specification Williams which suggests he isn’t expecting to spend 2017 in a GP2 car. Speaking of which, Williams test driver Alex Lynn’s disappointing second season in that category will have done his chances no good, and he doesn’t bring Stroll’s level of backing either.

For all Renault’s troubles at the moment – Singapore was just their second points-scoring result this year – their manufacturer backing makes them an attractive proposition to any driver. Especially those with championship aspirations who can stand to wait a few years until it becomes a genuinely competitive proposition.

The team began the year with an all-new driver pairing as Kevin Magnussen arrived in place of Pastor Maldonado. The team has taken a while to firm up its plans for 2017 and had been tipped to hire Sergio Perez at one point.

The future of Jolyon Palmer, who brought funding for his seat this year, is also believed to be under threat. But while Renault has a substantial squad of junior drivers in GP2 including, Oliver Rowland, Sergey Sirotkin and Nicholas Latifi, none appear set to make the move up.

Magnussen’s timely Singapore point will strengthen his claim to a seat for next year, when there is a good chance he will be joined by Esteban Ocon, who fits Renault’s preference for somebody fast and French. But keep an eye out for Romain Grosjean seeking a return, perhaps sooner than expected: he’s already said he would like to return and things have not been going well for him at Haas lately.

What a joy it would be to see Sauber return to being the team which gave precocious, unfunded F1 talents their first chances: Kimi Raikkonen, Massa and many others since. Their financial situation, notwithstanding the arrival of support from Longbow, still appears to rule that out for the time being.

Marcus Ericsson is connected to the new investors which strengthens his chance of holding onto his seat. And if Nasr can keep his contributions coming there’s every reason to believe there’ll be no change in Sauber’s line-up next year.

This pairing looks pretty straightforward, too. Carlos Sainz Jnr has already locked down a new Red Bull contract for 2017, setting him up to become Toro Rosso’s longest-serving driver.

However the Red Bull Junior Team conveyor belt continues its inexorable progress and the next arrival will be Pierre Gasly. Having shrugged off his win-less streak he is now leading the GP2 championship convincingly, notwithstanding some ill luck at Monza. Expect him to oust the out-of-favour and struggling Daniil Kvyat at the end of the year.

The line-up at F1’s two back-of-the-grid teams is likely to be heavily influenced by moves elsewhere. Another year for Pascal Wehrlein at Manor seems a safe bet in light of his solid performances and Mercedes connection.

If Ocon does head to Renault his seat could return to Rio Haryanto, who has been drumming up fresh investment since his mid-season ejection.

For Haas, the 2017 season will be the difficult second year which plagues new F1 teams: the first time they have to develop a car while also competing. And it’s further complicated by the significant change in regulations for next year and the fact they won’t be able to lean on Ferrari as heavily as they could to develop the VF-16.

These are all powerful reasons to avoid a headache on the driver line-up side and stick with the known quantities in Grosjean and Esteban Gutierrez. Ferrari-backed youngster Charles Leclerc may have to wait it out another year even if he does win the GP3 title.

Who do you think will switch teams for 2017? Have your say in the comments.