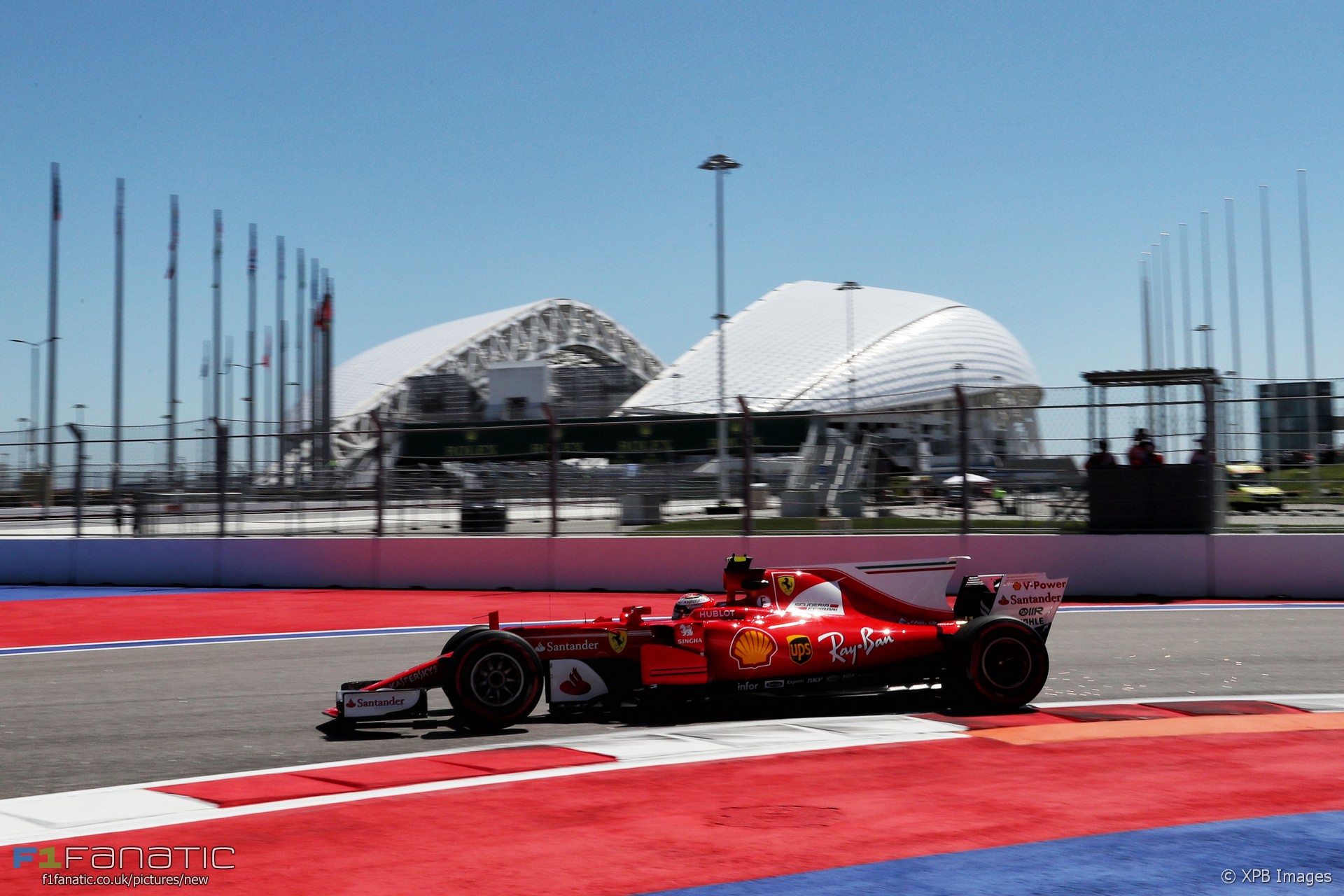 The first day of practice for the Russian Grand Prix suggested the race may not be a simple case of ‘advantage Mercedes’ as had been predicted.

While it hasn’t been unusual to see Ferrari lead the times on a Friday, the extent of their advantage over Mercedes is surprisingly large: over two-thirds of a second. Mercedes’ high-performance qualifying engine modes may be able to claw some of that back, but can they recover it all?

Mercedes appear to be having difficulty extracting the maximum grip from the ultra-soft tyre. That much was clear from radio messages to their drivers during the session.

Ferrari were able to extract a quick lap from the ultra-softs within a couple of laps. Mercedes couldn’t access the same level of performance despite multiple efforts on the same rubber.

That may change as more rubber goes down on the track, and Mercedes may find new set-up solutions overnight. But Ferrari holds the initiative at this stage.

Mercedes can draw some consolation from the fact they were slightly quicker on the super-soft compound – Lewis Hamilton lapped just over two-tenths quicker than Kimi Raikkonen managed on the same rubber.

And their race stint pace was strong too. Tyre degradation is so low at this track that all bar one of the drivers from the top two teams improved their lap times during their longest stints.

Bottas set the quickest lap of his ultra-soft tyre stint when his rubber was 31 laps old. However Vettel’s best time was a few tenths shy of that and his laps got slightly slower during the stint. The two teams performed much the same on the the super-soft tyres – Hamilton and Raikkonen did the longest stints on these.

With Red Bull slightly further behind than they have been of late, this looks like being another two-horse race. But perhaps a closer one than we were expecting – and potentially with Ferrari leading the way instead of Mercedes.

NB. Sergey Sirotkin did not set a time.