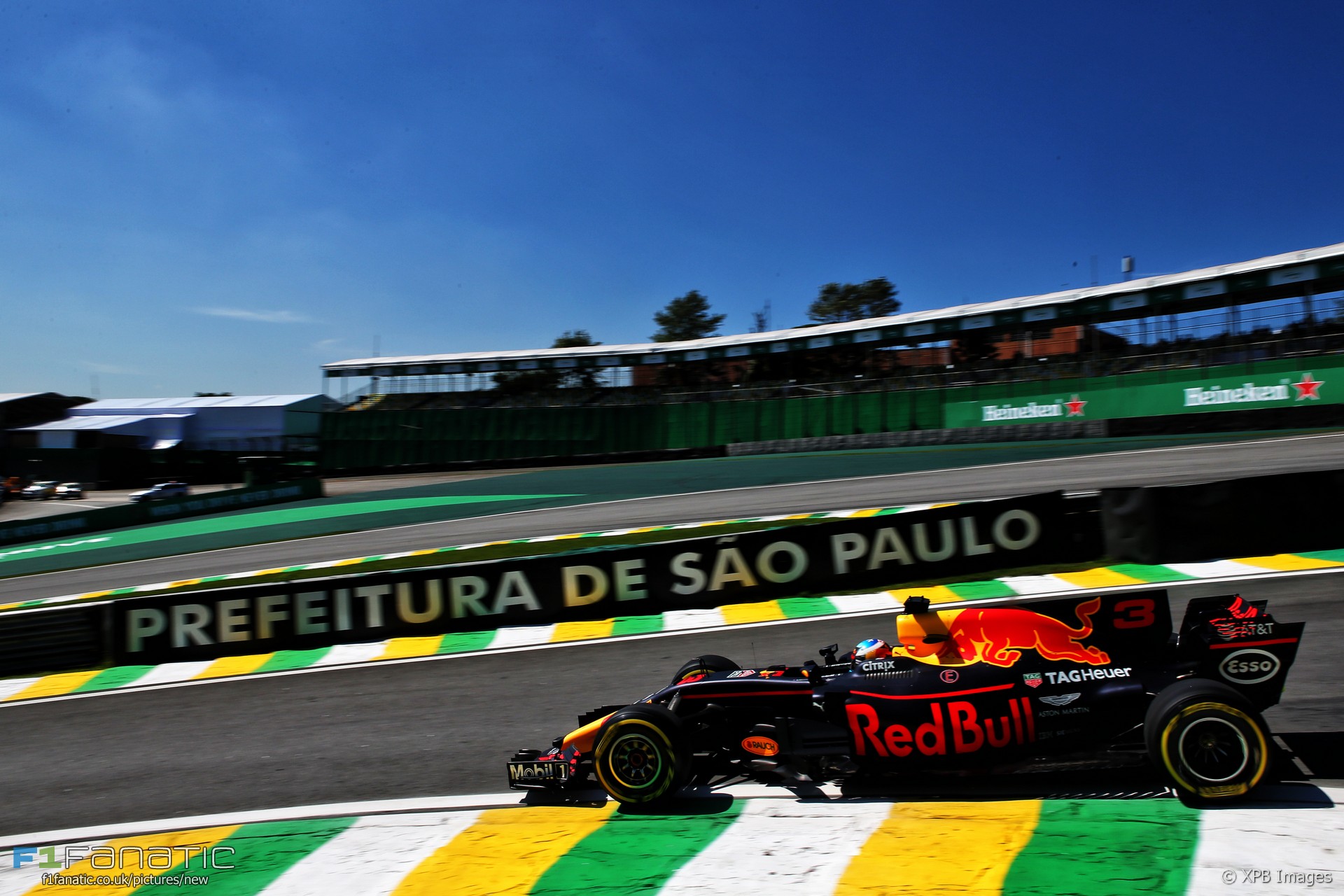 Mercedes used some of their Friday running to work on developments for the W09 car they will race next year.

But as the track warmed up in second practice it showed one of the key aspects of car performance in 2017 remains unchanged: this being that the Mercedes isn’t quite as strong in hotter conditions.

Neither Mercedes driver improved on their best time from first practice in the second session. Their performance advantage over the rest of the field in second practice shrunk from more than half a second to just two-tenths.

Usually the silver cars can rely on their potent engine performance modes to increase their advantage in qualifying. But if the forecast rain arrives it could take that advantage away, putting them at a disadvantage for the race.

The rain which was expected to hit the track during practice today didn’t arrive, save for a few drops towards the end of the second session. It was a concern teams took seriously: Haas even swapped which session Antonio Giovinazzi would run in to ensure Kevin Magnussen wasn’t disadvantaged too greatly. But he ended up missing a dry second practice session which offered conditions which are likely to be more representative of what the teams will encounter on Sunday.

If qualifying is wet teams are going to face some interesting set-up questions. Sunday is expected to be dry and warm, so they will be unwilling to crank up the wing angles.

Red Bull has been, for want of a better word, bullish about its race pace of late. But both Max Verstappen and Daniel Ricciardo were wary of the W08’s performance on Friday. “The long runs looked OK,” said Ricciardo, “but the Mercs looked really strong.”

Ricciardo, who hasn’t finished in the last two races because of technical problems, is already on the back foot heading into this race as he has a power unit change penalty. “I’d like some rain for qualifying tomorrow and I can try and fight for pole,” he said. “I know if I get it I won’t start there because of my penalty, but anyway it would be good to start 11th for the race. That’s my target.”

In an ordinary weekend Mercedes would expect to stick their car on pole position and keep the opposition at arm’s length in the race. But if Red Bull or Ferrari are able to take advantage of a wet qualifying session that might just be enough to dislodge the silver cars from their habitual front row positions and give us a close race.

Keep an eye on the performance of the McLarens too, especially if the rain arrives, as their recent front wing upgrade has bolstered their claim to having one of the most effective chassis on the grid. And, as yet, neither of their drivers has picked up a power unit penalty.