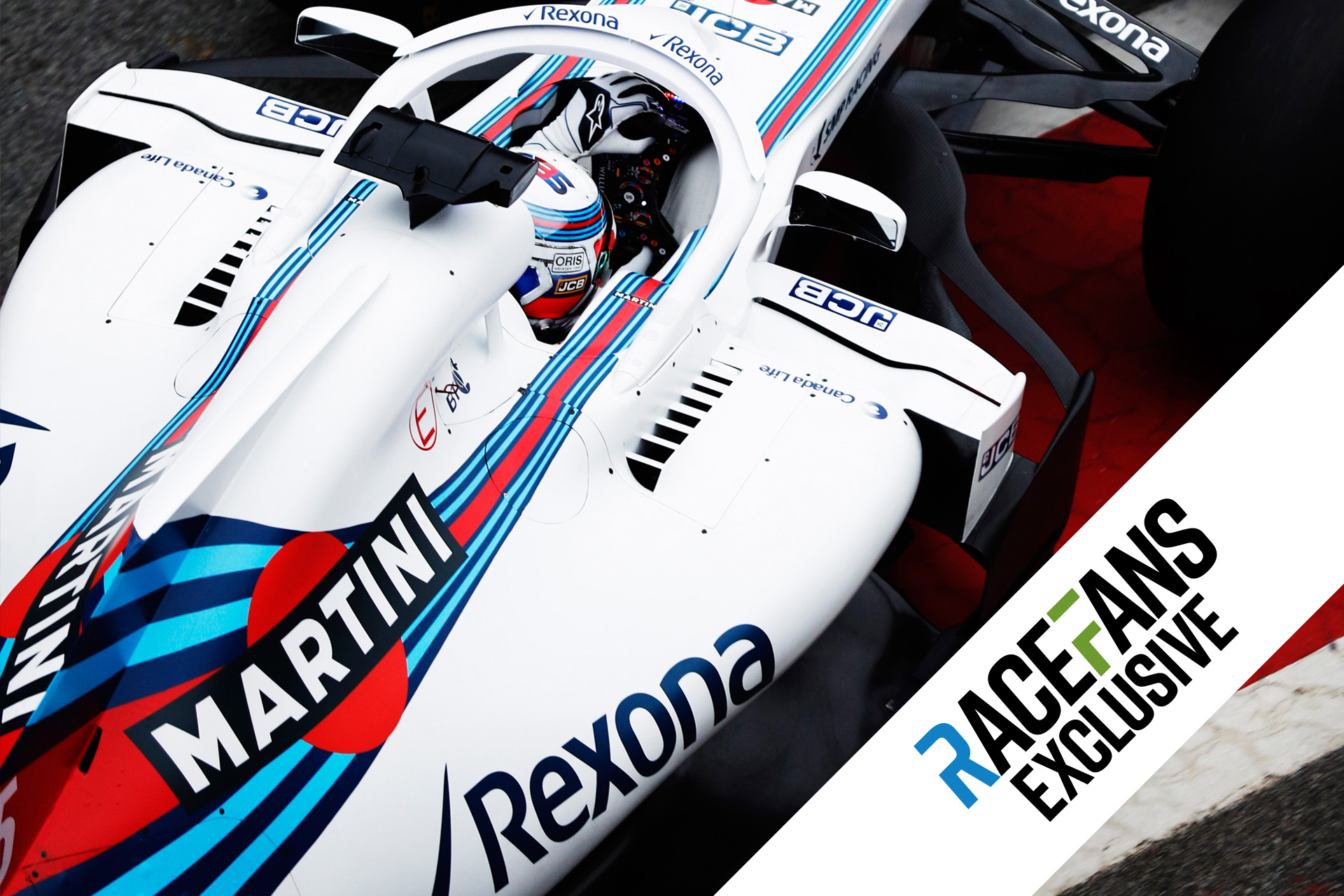 Williams began the V6 hybrid turbo era in brilliant shape. A perfectly-timed move to Mercedes saw them end 2014 as F1’s third-best team – the only occasion in the last 20 years they out-scored Ferrari.

They have since been eclipsed as top Mercedes customer team by Force India, who beat them to fourth place for the last two years in a row. Last year Williams scored less than half the points of their less well-funded rivals.

In 2018 the threats from the midfield will be even greater: Renault is pouring money into its F1 operation and McLaren are using their engines. Haas posted surprising times during pre-season testing and Sauber now has current-specification Ferrari hardware.

The time was right, therefore, for Williams to reappraise its F1 operation. Last year the team scored a coup by luring back Paddy Lowe from Mercedes. Lowe began his career at Williams in 1987 and helped hone the active suspension systems which Williams devastated the competition with in the early nineties.

Now Lowe’s job is steering them to the front of what looks like being an especially fierce midfield fight in 2018. They may have ended last year sixth on points but in terms of outright pace there was often little to choose between them, Renault and Toro Rosso. The Ferrari customers appear to have made big gains in the off-season and with McLaren now packing Renault power Williams can ill-afford a continuation of their post-2014 slump.

Is their 2018 driver line-up of Lance Stroll and Sergey Sirotkin up to it? The pairing has been a focus of criticism and named the least-competitive of the grid by RaceFans readers. Lowe, who was a strong advocate of selecting rookie Sirotkin to partner Stroll, is adamant the team made the best possible call.

“I can say with complete confidence we picked the very best drivers to drive our cars that were available,” he tells RaceFans in an exclusive interview.

“We’re not in a position to play fantasy Formula One driver and pick from anywhere. We picked the very best drivers that were available to us from quite a wide range because we were the last seat so we weren’t competing with anyone.

“There were a lot of articles criticising our choice that didn’t actually name the guy they would have picked, which I found interesting,” he adds.

Lowe describes the process which led to Sirotkin’s selection as being exhaustive and scientific and not dictated by commercial considerations. “I’ve been in many teams in the past where drivers were picked by a team principal on a whim, certainly very subjectively, and that often led to quite disappointing results,” he said.

Sirotkin is the first driver backed by SMP Racing to reach F1, which Lowe calls a “tremendous story”.

“The fact they are able to support that with some extra funding which allows us to make a quicker car in a scenario in Formula One that is particularly difficult at the moment commercially for independent teams, should be a point of celebration.”

The economic reality of running a Formula One team is widely understood yet many still find the idea of drivers paying for seats unpalatable. Lowe admits this is a cause for concern.

“All drivers have the potential to come with some financial contribution these days,” he says. “That’s the nature of the market, interestingly, and perhaps even worryingly, to be honest.”

“The way the sport has been driven is to cause it to be almost necessary for drivers to bring money, it would seem, and that’s something the sport should be looking at I would say.”

The fuss around Sirotkin’s arrival has been amplified by the fact it appears to have come at the expense of Robert Kubica. Twice last year Kubica seemed close to returning to F1, seven years after his career was cut short by vicious injuries suffered in a rally crash. But race seats at first Renault and then Williams passed him by.

Williams, however, has kept him on to help develop a car which is much-changed from its predecessor. While most teams have evolved their 2017 designs this season, Lowe knew Williams needed to take more drastic steps.

“I think we’ve started on a journey which has only started and there’s an awful lot further to go,” he says. “It’ll be a very exciting process and I feel that excitement in the team.”

He is quick to point out the FW41 is “not ‘my’ car – it absolutely isn’t – it’s the outcome of an incredible collaboration within the engineering team.”

“We need to leverage the ability, the experience and the innovation of every individual to work together to produce the one car. That culture needs to be created, built, reinforced, developed as the years go on.

“Because I think what we’ve had in the past, there’s some great engineers, fantastic engineers within Williams in all areas. I think the biggest miss has been the manner in which they work together to produce the best collective outcome.”

If Williams continues at its current trajectory they risk slipping back to the lows of 2011 and 2013. The decisions they’ve taken has provoked a lot of complaint, but they can’t be accused of being complacent about their situation.

18 comments on “Williams exclusive: “We’re not in a position to play fantasy F1 driver””