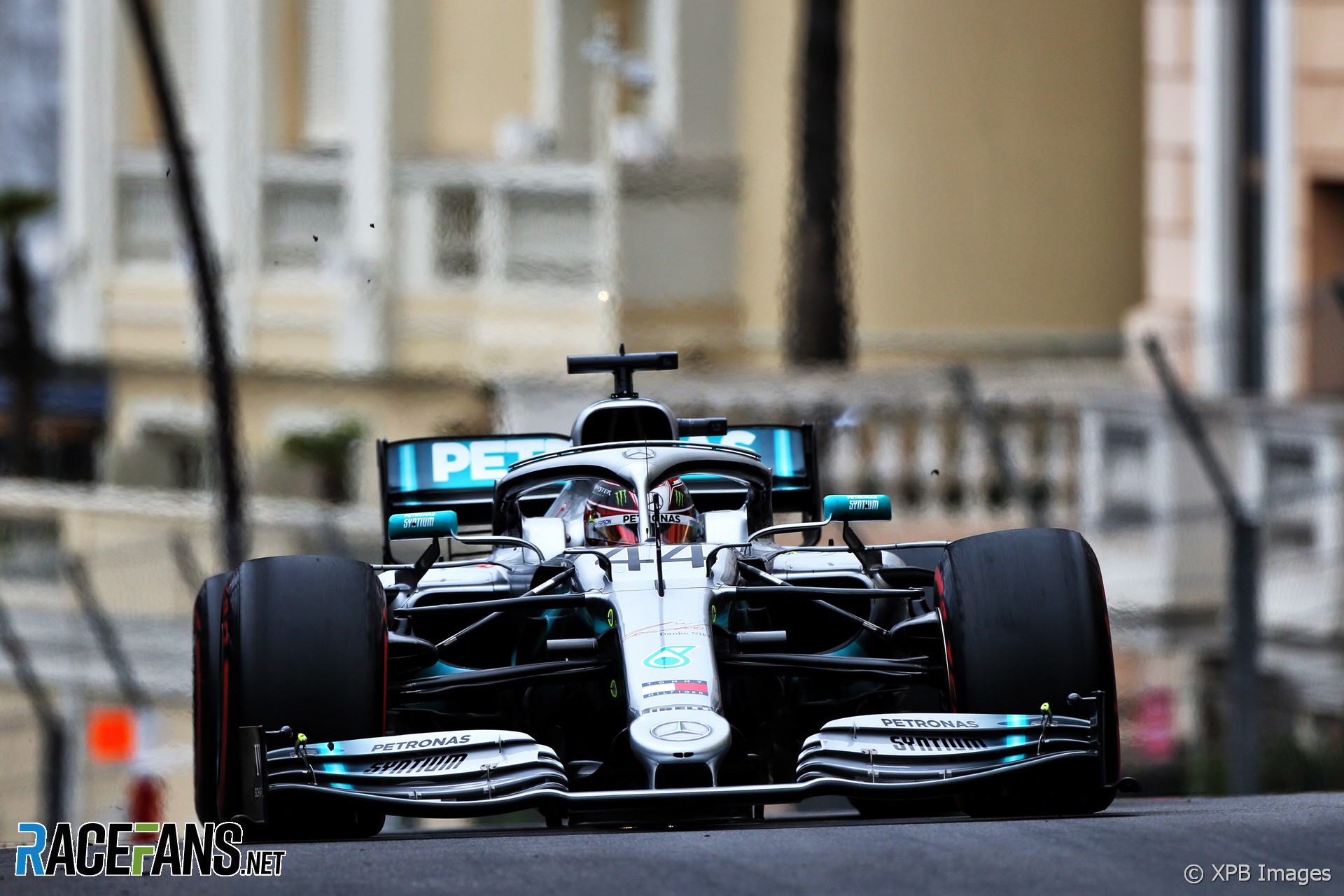 Lewis Hamilton stayed on top in the second practice session for the Monaco Grand Prix after exchanging fastest times with his team mate.

Hamilton and Valtteri Bottas swapped places at the top of the times repeatedly, seldom separated by more than a tenth of a second. Although Hamilton skidded down the escape road at Sainte Devote at one point he recovered to set the quickest time of the session.

Max Verstappen, who split the pair in first practice, lost a lot of time in the pits as Red Bull repaired a water leak on his car. Once he was able to rejoin the track Verstappen reported poor grip from his RB15, and ended the session almost a full second off the pace-setters.

The closest driver to the two Mercedes was Sebastian Vettel, though the Ferrari driver was over three-quarters of a second slower than them. He also flirted with the barrier at Sainte Devote, coming to a stop at the exit of the corner and reversing his way out of trouble.

Team mate Charles Leclerc was not at all happy with his SF90. The gap between the pair was less than half a second, but with the midfield so close it left Leclerc at the foot of the top 10.

Alexander Albon put in a good showing for Toro Rosso, heading the times early on and ending the session in fifth place between the Red Bulls. The two Alfa Romeos also appeared in the top 10 behind Kevin Magnussen’s Haas.

At McLaren, Carlos Sainz Jnr was able to turn his first laps of the weekend after new Control Electronics were fitted to his car. It was Lando Norris’s turn to encounter problems, suffering damage which prompted the team to change his floor.

Three cars were far off the pace of the rest of the field: The Williams pair and Lance Stroll’s Racing Point, the latter aggravating George Russell and Daniel Ricciardo during the course of the session by failing to get out of their way.

50 comments on “Mercedes pair well ahead as leak delays Verstappen”