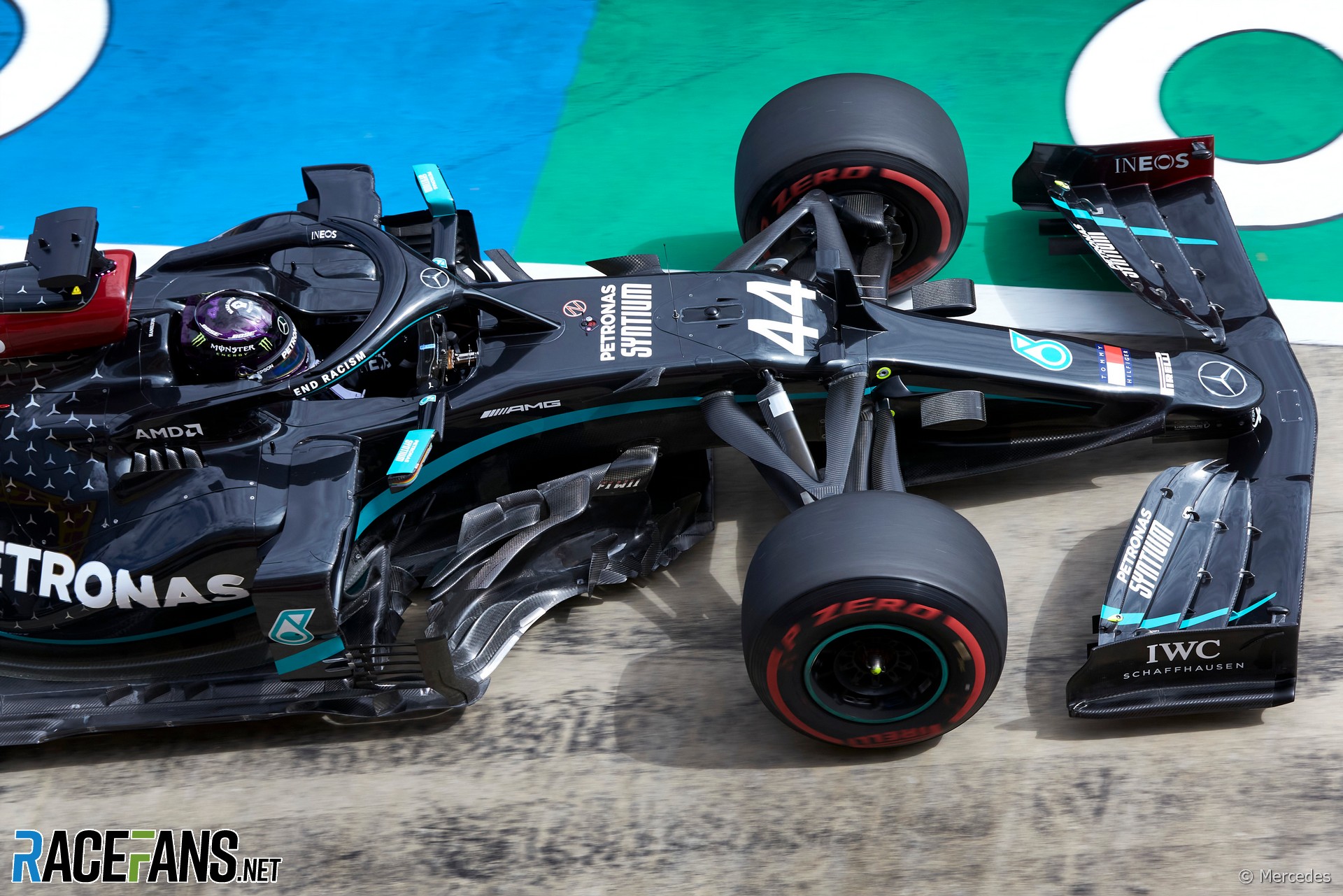 The first proper say of running for the 2020 F1 season seemed to have gone perfectly for Mercedes.

Lewis Hamilton and Valtteri Bottas topped both sessions at the Red Bull Ring in their newly-liveried black W11s. The only wrinkle came after the chequered flag fell, and Red Bull produced the protest against Mercedes’ DAS device which had been rumoured in the near-five-months since the innovation was first glimpsed in pre-season testing.

How big an advantage it might confer on Mercedes, and what they stand to lose if it is banned, remains to be seen. What is clear is the team were using it on their cars during practice today, seemingly to help with tyre preparation.

Even if the stewards rule against them (and remember Mercedes kept the FIA well briefed about their plans for the device), it’s doubtful losing DAS would by itself erase the six-tenths advantage Mercedes enjoyed over their rivals on Friday.

What might come from elsewhere, say, once Honda get around to turning up the upgraded V6 hybrid turbos in the back of the Red Bulls? Max Verstappen was typically tight-lipped. “Good. Happy.” was all he said when asked about what was going on under his right foot.

The biggest question mark over Red Bull’s performance are the spins which were a feature of their pre-season testing in Spain, which continued for both drivers on the opening day of practice. The car seems particularly sensitive to snapping away from the drivers at mid-corner to exit.

However his final pace was disguised by the front wing damage he picked up – which was a theme of the day as ever at this track.

At least they fared better than Ferrari. Having gone into the weekend saying they were “99% sure” they’d be less competitive than last year, that expectation was clearly met.

“It feels good to be back in the car but on the other hand it’s not a great day for us,” admitted Leclerc. “Probably even worse than what we expected.

“Lots of cars are very close, which is exciting to see on one hand. But on the other hand we would like to be fighting a bit more up in the standings.”

We’ve grown so used to seeing the ‘big three’ teams enjoying a sizeable advantage over the midfield that it’s hard to imagine Red Bull and Ferrari won’t break free of the rest on Saturday. But these are early days in the championship, and the 10-turn Red Bull Ring is so compact a slight mistake can have a big effect on the grid.

Racing Point look perfectly poised to spring a surprise. Sergio Perez was third-quickest, and Lance Stroll probably would have been closer had he now been delayed on a quick lap. “I don’t think we’ve ever had a Friday so strong,” he said afterwards.

“We were expecting them to be quick, but in such a short circuit to have the advantage they had respect the rest of the midfield was particularly impressive. My opinion is that they are way too far away to try to mount a fight with them. But at least Renault, we look to be in the ballpark with them.”

Further back the picture looks little changed from last year. One exception appears to be Williams, who after languishing well off the pace last year, may have at least achieved respectability. While no team beat their 2019 pace today, Williams got closer than anyone, and may be entertain hopes of filling places other than the back row on Sunday.

7 comments on “Mercedes’ only problem is off-track, while Ferrari are “even worse than we expected””