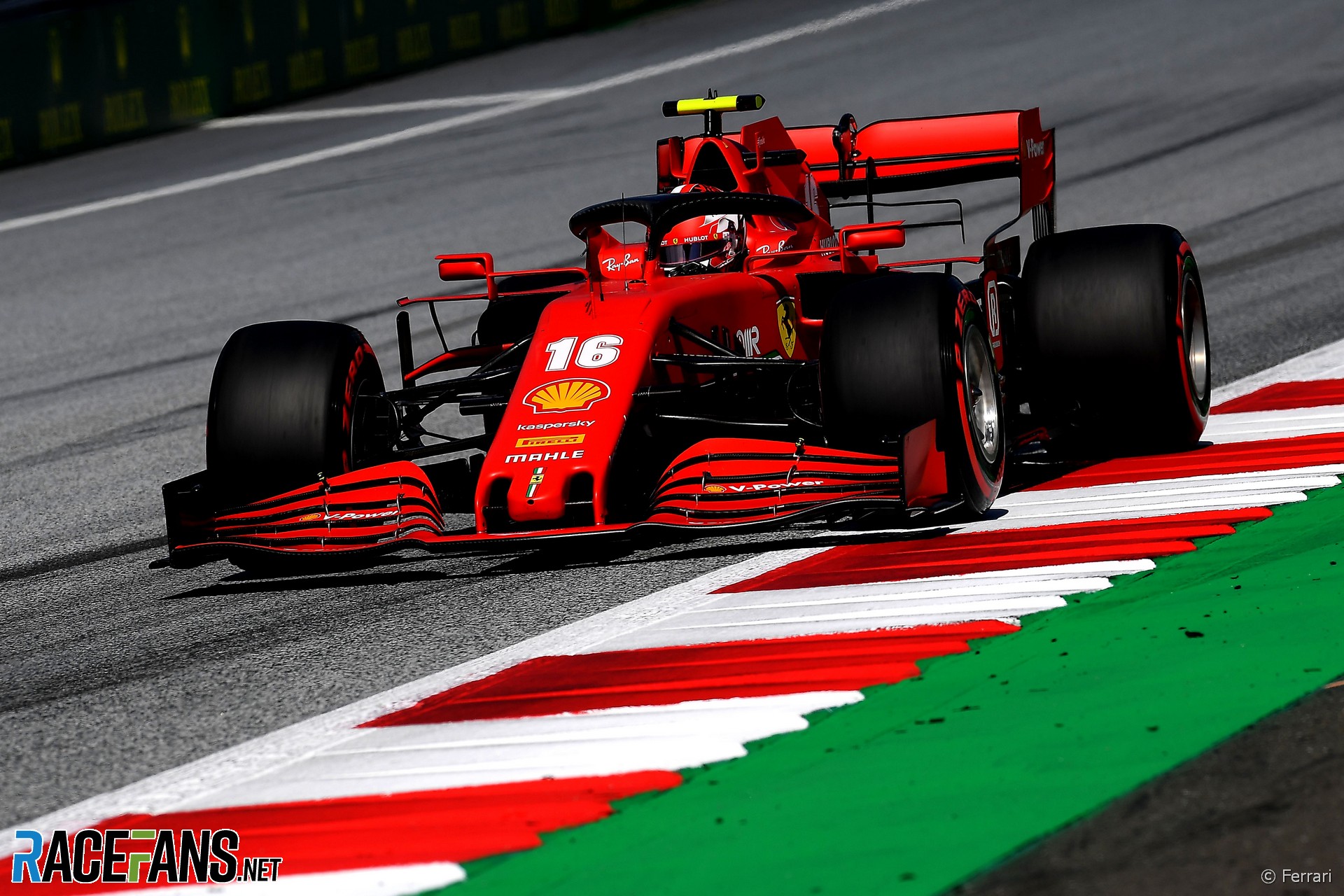 A clean sweep of all three practice sessions plus a one-two in qualifying adds up to a perfect start to the season so far for Mercedes.

Their rivals’ hopes that won’t continue on Sunday can be summed up in one word: Temperature.

Cooling was Mercedes’ undoing at this race 12 months ago. It was a particularly hot Austrian Grand Prix, and that combined with the relatively high altitude of the track and the limiations of the cooling configuration Mercedes used at the time contributed to their first defeat of the season up to that point.

Of course they are unlikely to repeat the same mistake twice. All the same, the forecast for Sunday’s race has been revised since the weekend began, and predicted temperatures are now a fair bit higher – closing on 30C.

And as Mercedes team principal Toto Wolff admitted on Saturday, they have made one change to their car which could have an unintended consequence for its performance. Switching from a silver to black livery to show their support for diversity and opposition to racism is a noble gesture. But it may also compromise the car’s heat rejection.

“The messaging and the marketing is very important,” said Wolff. “But if performance is being harmed, that’s obviously not great.

“We have made some calculations, but tomorrow when the weather is expected to be around 30 degrees. We will see whether our simulations with a silver car have been different to the results on track with a black car. So [it’s a] fair point. It’s a little bit of an unknown to us.”

It would be easy to exaggerate the role Mercedes’ livery could have in this. But Red Bull and Ferrari are eyeing the expected turn in the weather forecast and hoping it will play to their advantage.

“We were blessed last year with a particularly warm conditions and a Mercedes that was not equipped to run in warm conditions so they dropped away quite a bit,” said Red bull’s head of car engineering Paul Monaghan. “[But] I don’t suppose they’re going to fall into that helpful trap for us tomorrow.”

However he said Red Bull’s decision to qualify Verstappen on the C3 medium compound tyre instead of the C4 soft was in anticipation of the change in weather.

“If you look at Friday’s longer runs in cool conditions the C4 tyre I think for everybody exhibited a reasonable amount of drop-off or degradation,” he said. “And the yellow wall [medium] tyre looks to stand up a little bit better.

“Now if the forecast is correct and tomorrow’s even warmer than today, which again will make it we think a bit harder for the C4 to survive. So we’ve opted to try and give ourselves a better tyre for the first and make our selections from there.”

Alexander Albon, who will start two places behind his team mate in fifth, qualified on the soft tyre.

“So if the C4 struggles tomorrow then we’re on a C3 with Max, and equally if the C4 is stunning tomorrow, we’re on a C4 with Alex,” said Monaghan. “And we can pull Max in at a point and put him onto something else.

“So it’s all to play for, really. At least we’re not lining up on the same tyre two spots behind the pole-sitter.”

Things can surely only get better for Ferrari after a grim qualifying session saw Charles Leclerc lead their cars in seventh, while Sebastian Vettel failed even to reach Q3. Sporting director Laurent Mekies said the team is also casting a hopeful eye over the weather forecast.

“It’s much hotter again tomorrow,” he said. “And it will change a little bit the pecking order. It won’t be a revolution, but things will change.

“It’s going to be a big fight and we know Charles and Seb are very good at that, and therefore try to give them the best weapon to be able to fight in these conditions.”

But how well will Leclerc and Vettel be able to fight given the hit Ferrari’s straight-line speed has taken in the past 12 months. Their two drivers have lost more speed in the official trap than everyone else in the field.

At this race last year Leclerc qualified on pole position and was the quickest driver through the speed trap, clocking 325.7kph. This year he is at the opposite end of the table, a whopping 13.3kph slower. Vettel has lost 8.3kph.

That, along with the significant loss in lap time by all three Ferrari-powered teams, is another indication that Ferrari’s power unit is not the force it was 12 months ago.

Can anyone stop Mercedes from starting the year with a one-two? What can Ferrari salvage from their tough start to 2020? And who will be ‘best of the rest’?

Share your views on the Austrian Grand Prix in the comments.