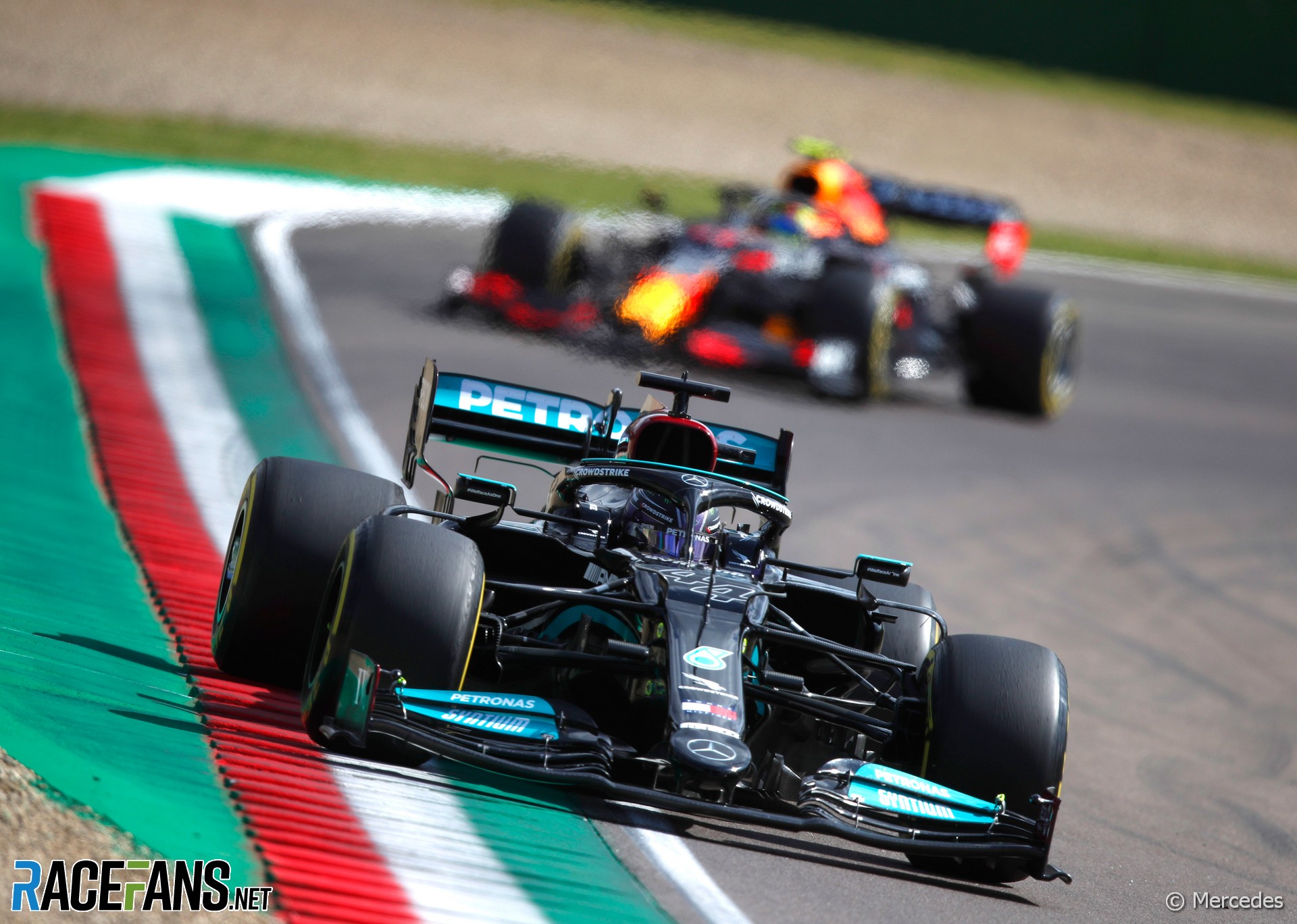 The first round of the 2021 Formula 1 season indicated it would be a close battle between Mercedes and Red Bull at the top, with a potentially even closer fight for best of the rest behind. The second round has already clouded that picture.

First of all, as in the Bahrain Grand Prix, track limits violations and the resultant deleted lap times were a big talking point at Imola and had an effect on the time sheet. In first practice for the Emilia-Romagna Grand Prix, there were 15 occasions of laps being deleted, and that increased to 17 in the second session with Ferrari’s Charles Leclerc being one of the worst offenders with four separate laps being deleted.

One of those happened to be the fastest of the day, a 1’15.367, and was set on the soft tyre. The only driver who got close to that, and kept their lap, was Mercedes’ Valtteri Bottas and he set his personal best on the medium tyre. While it’s not a surprise to see Mercedes outpacing Ferrari using a slower tyre, the difference is here is that Bottas couldn’t match his own medium tyre pace when he switched to the soft.

His team mate Lewis Hamilton, who did make a small improvement when he swapped out his mediums, didn’t really have an answer on the step between the compounds and whether Mercedes were optimising one or under-utilising the other.

“I don’t really know. I didn’t feel like there was a big difference between the tyres,” he said. “I’m sure the tyre guys will let us know in the coming hours. But I’m sure there’s still more performance to gain somehow. But it might be a small number.”

“The delta lap time between compounds is different from our expectation,” Isola said. “It’s 0.5 seconds between hard and medium, and 0.7s between medium and soft. We were estimating that the level of grip of the hard compound was lower because of the cold temperature.

“While the hard is working, for sure it’s not the first lap that is the quickest but on the long run it is a good compound. The medium is the compound for the weekend, and the soft is able to deliver a good fast lap without graining. Obviously we saw some graining in the afternoon with the high fuel, but again, how the teams are able to use the soft during the race depends on their ability to control the graining, basically.”

Neither of the Mercedes drivers complained of graining on Friday, both were particularly complimentary of the set-up improvements made since they were staring at a deficit of several tenths of a second to Red Bull in Bahrain, while the Red Bull drivers also had their own pace conundrum.

Max Verstappen was denied a proper performance run in the afternoon after his driveshaft broke and left him having recorded just five laps in total. Prior to his mechanical issue he had looked like he could match Mercedes, and in the morning session he was just 0.058s off Bottas’s benchmark pace.

What Verstappen didn’t benefit from either was the track evolution, which Isola said reduced the graining on the soft compound tyre and made it undeniably the better performing tyre later into the day.

Sergio Perez was running on that compound in the afternoon in the second Red Bull car, after losing morning running to a clash with Alpine’s Esteban Ocon during the radio blackout at the track, and he was 0.850s off the pace of Hamilton on the same compound in sixth place.

Between him and the Mercedes was fellow Honda-powered driver AlphaTauri Pierre Gasly, who seems very sure of his pace and was 0.078s off the top, and the Ferraris of Carlos Sainz Jnr and Leclerc who were also confident with their car but far less certain on whether they were really as close to the pace as they seemed.

Sainz’s best lap was just 0.283s slower than Bottas, a marked improvement on the pace shown in Bahrain, and once again he admitted that he wasn’t pushing to the limit yet – even on the performance run where he set his best lap – as he continues to learn the intricacies of his Ferrari car.

So after Friday there are four teams all looking very competitive going into the third practice session and qualifying, but none of them really sure just how competitive they are.

18 comments on “Mercedes led Friday practice – but are Red Bull still the team to beat?”