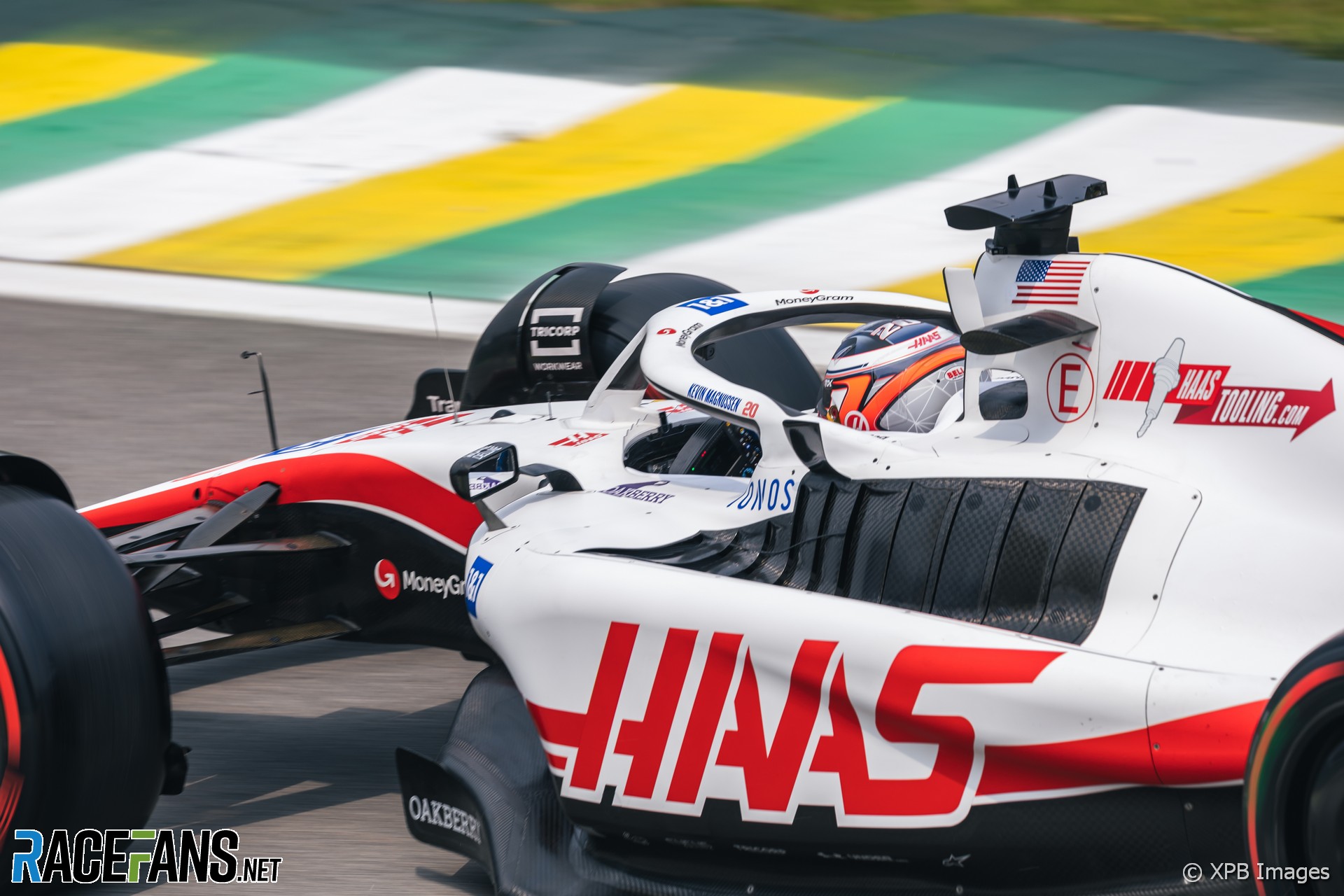 Kevin Magnussen has taken provisional pole position for the Brazilian Grand Prix sprint race for Haas ahead of Max Verstappen and George Russell.

NB. Penalties are applied to the starting grid for the grand prix, not the sprint race